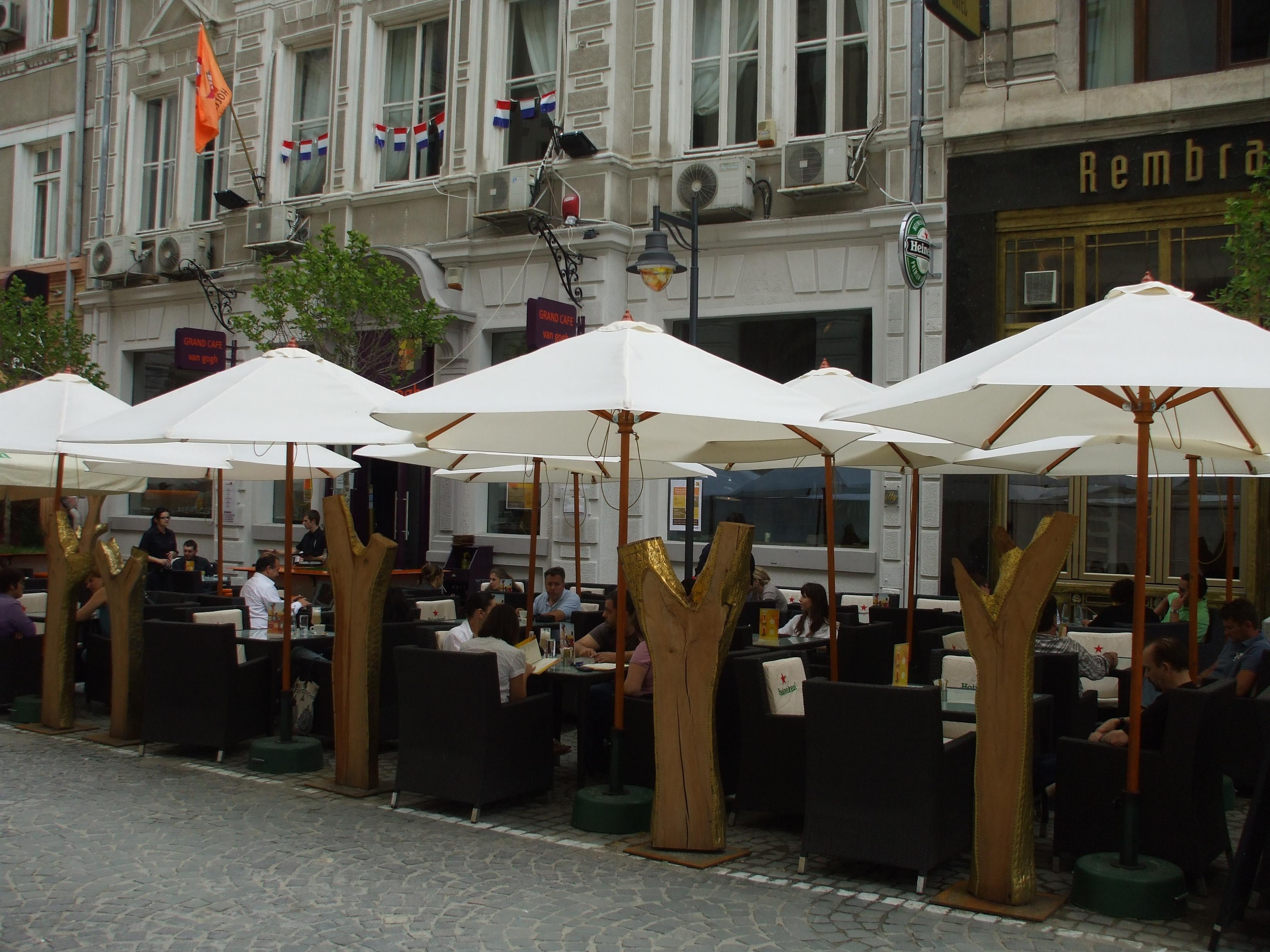 “June 20th, 2006 – In an overcrowded residential district, five minutes from the Centre of Bucharest, a cherry orchard is cut down to make way for a supermarket. The felled trees are to be taken to a rubbish dump”.

In Bucharest, one million trees have dissapeared in recent years. The legislation says that for each tree cut down in an urban zone another four must be planted, but who cares ?

In 2006 Şerban Sturdza, architect & Virgil Scripcariu, sculptor witnessed a large cherry orchard of 412 trees being destroyed on the outskirts of Bucharest.

They were not able to save the living trees, but collected 45 of the abandoned trunks giving them a second life into an artistic protest trying to rise the awareness of ordinary people & authorities and accomplish their target to plant 1,648 trees.

So, the 45 recovered trunks transformed in art pieces are exposed in exhibitions events and now in public spaces like this in the photo below, Van Gogh Grand Café on Smardan Street, Lipscani Area, Old City Centre. The two artists decided to sell them ( with prices between 300 & 500 euros ), 60% of the money will go to planting trees this autumn and 40% will be used to carry on the project.

All for One & one for all

Bucharest, once known as “Little Paris”, is trying to regain its name. I visited yesterday the Old City Center and I‘ve been more than pleased to see that a part of the reabilitation of this […]