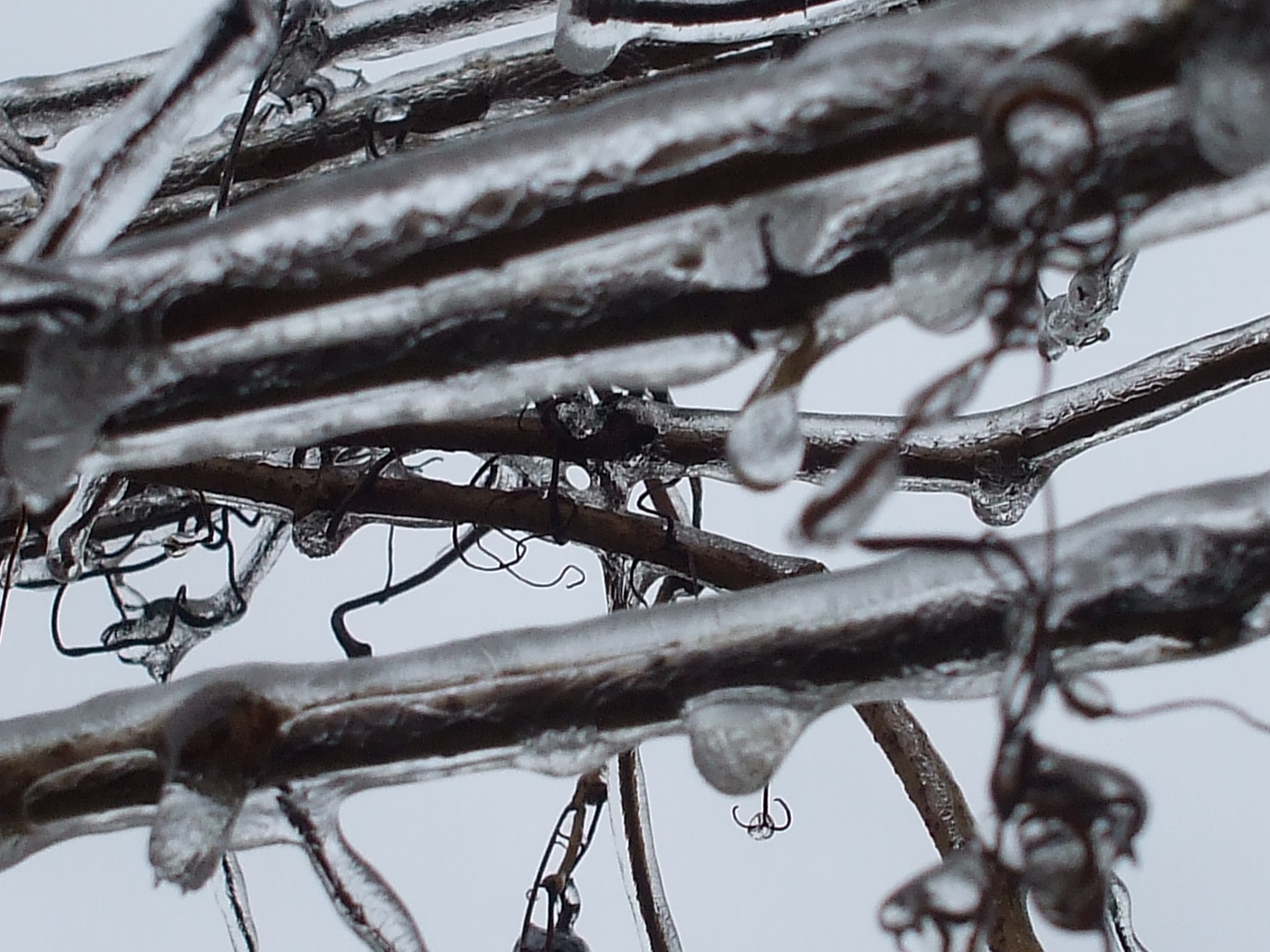 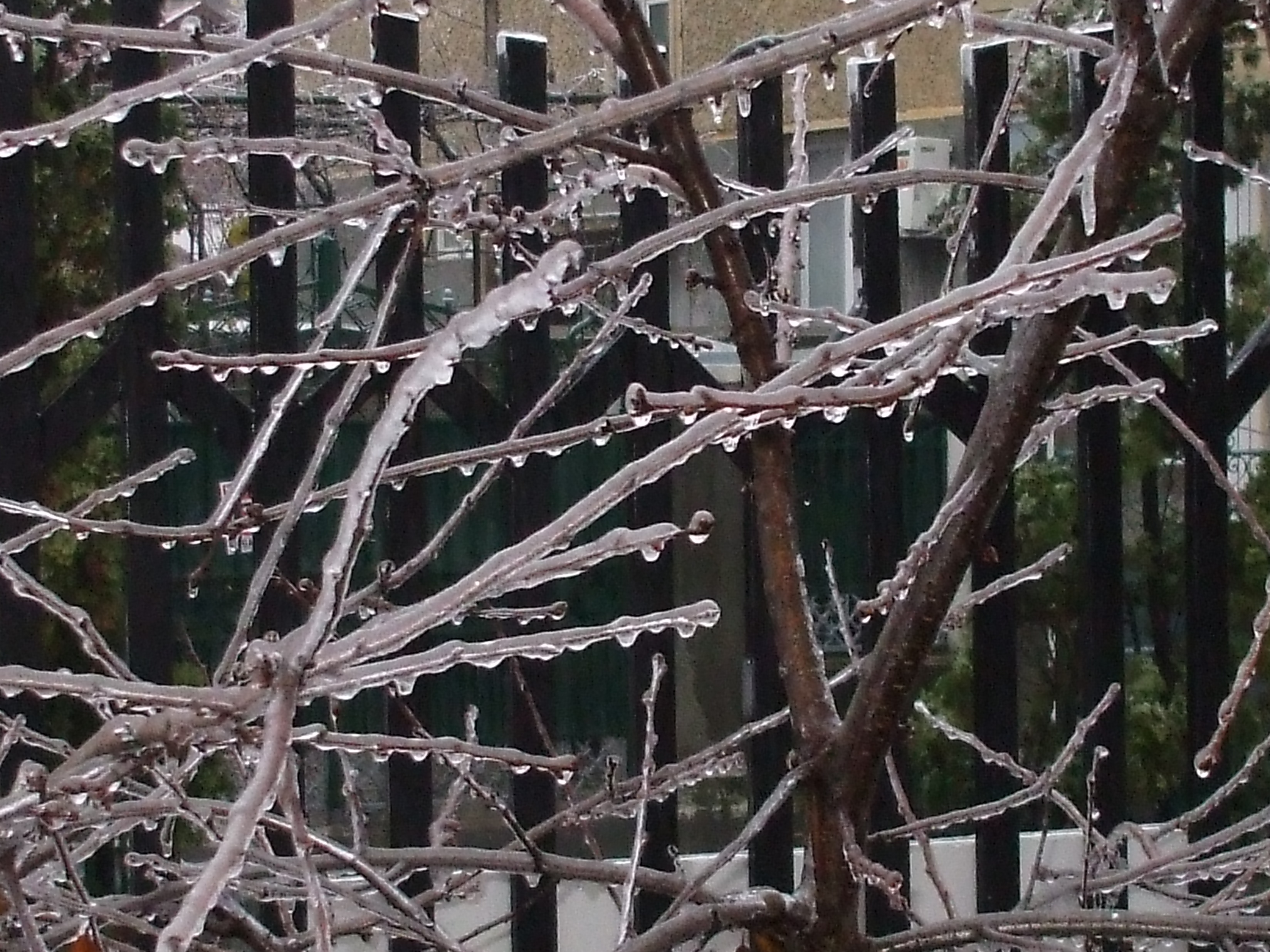 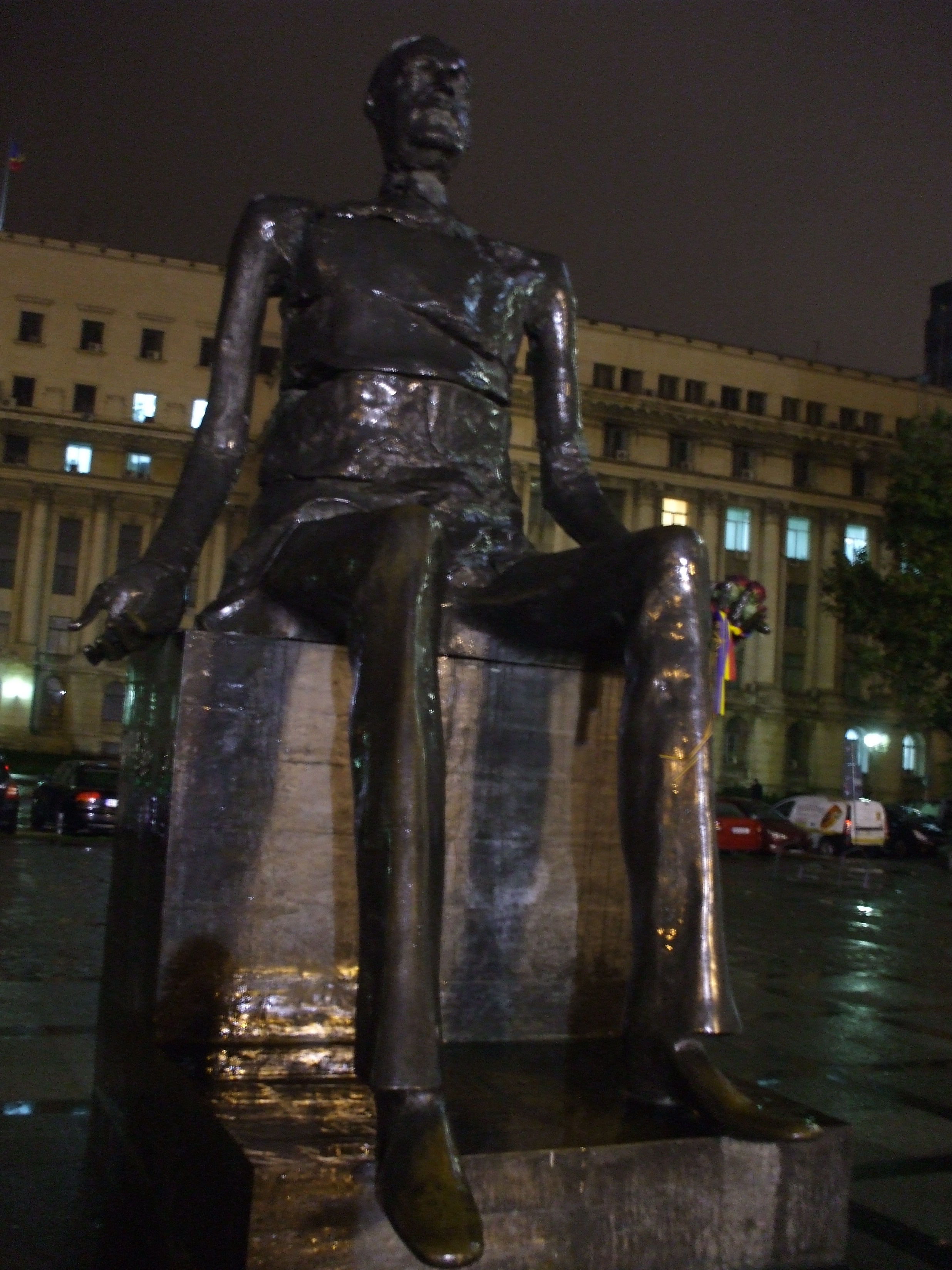 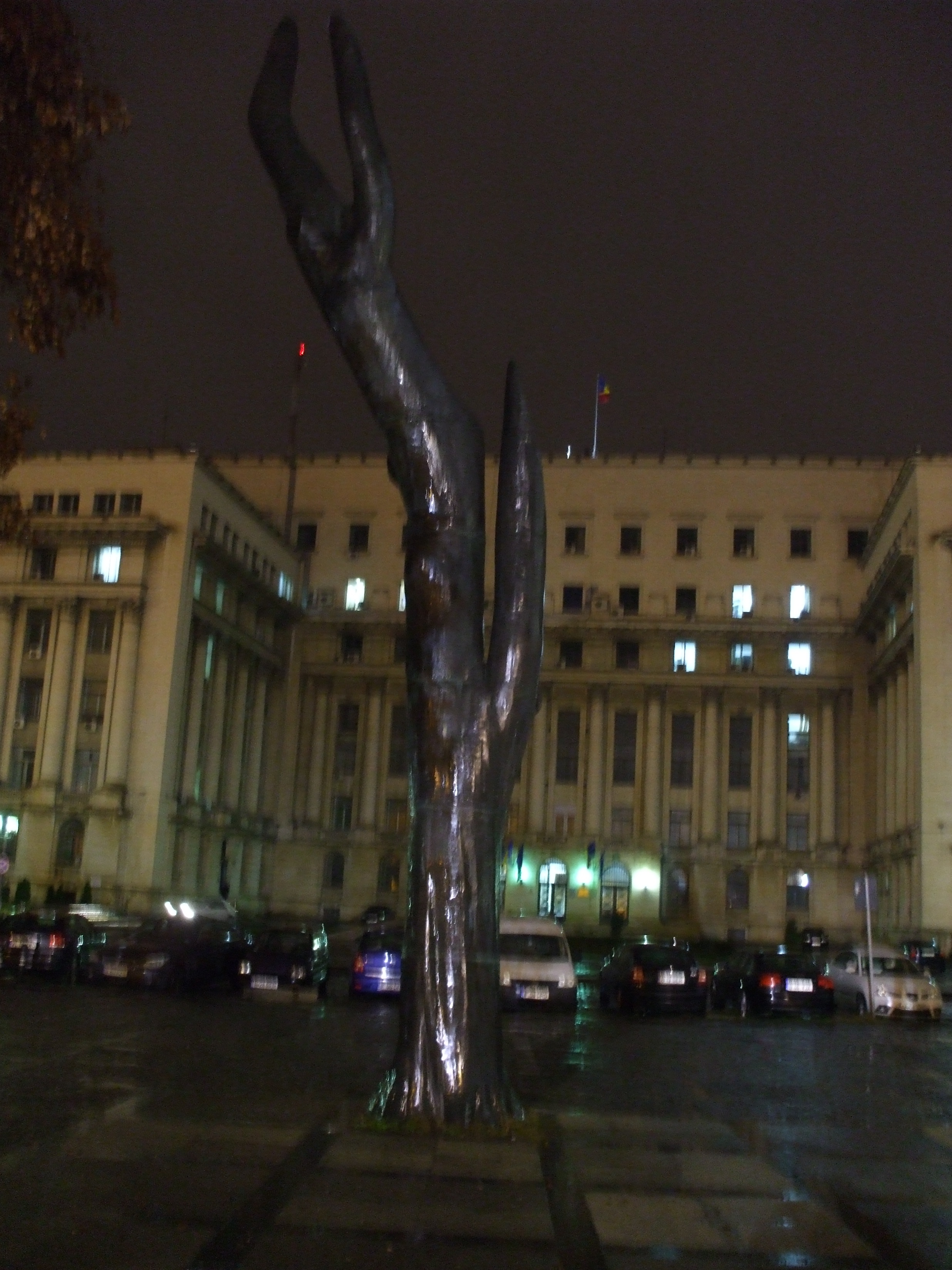 According to Wikipedia: “Freezing rain is the name given to rain that falls when surface temperatures are below freezing. The raindrops become supercooled while passing through a sub-freezing layer of air, many hundred feet (or meters), just above the surface, and then freeze upon impact with any object they encounter. The resulting ice, called glaze, can accumulate to a thickness of several centimeters.
A storm producing a significative thickness of freezing rain is often referred as an “ice storm”. Freezing rain is notorious for causing travel problems on roadways, breaking tree limbs, and downing power lines. It is also known for being extremely dangerous to aircraft since the ice can effectively ‘remould’ the shape of the airfoil and flight control surfaces.”

And that is what happened yesterday in Bucharest – you can see the result of this freezing rain in the photos above.
Bonus: trains delayed, planes delayed or cancelled and several trams traffic stopped all day long.